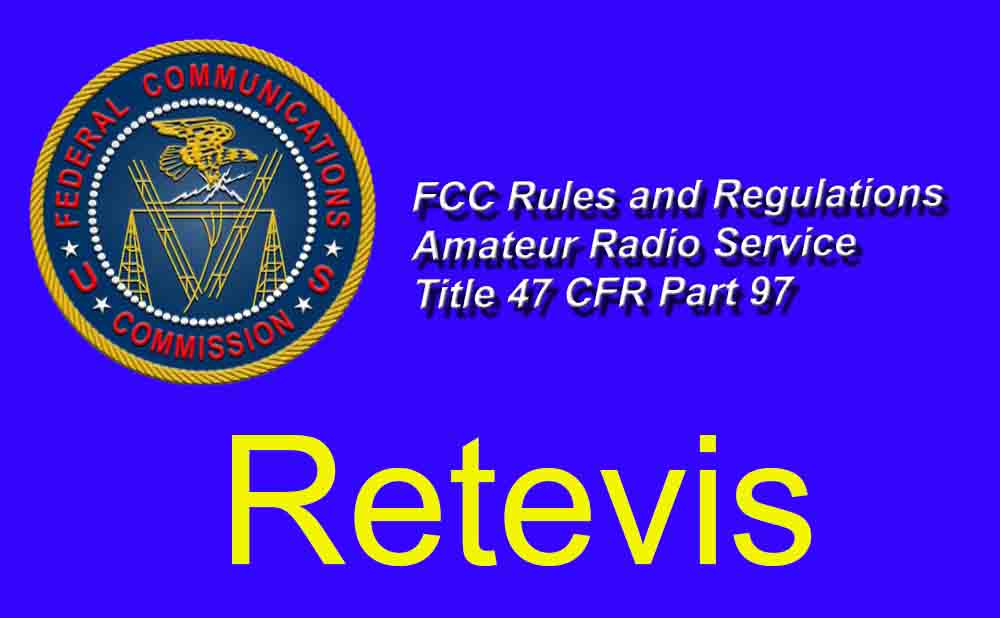 The rules and regulations in this part are designed to provide an amateur radio service having a fundamental purpose as expressed in the following principles:

(a) Recognition and enhancement of the value of the amateur service to the public as a voluntary noncommercial communication service, particularly with respect to providing emergency communications.

(b) Continuation and extension of the amateur's proven ability to contribute to the advancement of the radio art.

(c) Encouragement and improvement of the amateur service through rules which provide for advancing skills in both the communication and technical phases of the art.

(d) Expansion of the existing reservoir within the amateur radio service of trained operators, technicians, and electronics experts.

(e) Continuation and extension of the amateur's unique ability to enhance international goodwill.

(a) The definitions of terms used in part 97 are:

(1) Amateur operator. A person named in an amateur operator/primary license station grant on the ULS consolidated licensee database to be the control operator of an amateur station.
(2) Amateur radio services. The amateur service, the amateur-satellite service and the radio amateur civil emergency service.
(4) Amateur service. A radiocommunication service for the purpose of self-training, intercommunication and technical investigations carried out by amateurs, that is, duly authorized persons interested in radio technique solely with a personal aim and without pecuniary interest.
(5) Amateur station. A station in an amateur radio service consisting of the apparatus necessary for carrying on radiocommunications.
(6) Automatic control. The use of devices and procedures for control of a station when it is transmitting so that compliance with the FCC Rules is achieved without the control operator being present at a control point.
(7) Auxiliary station. An amateur station, other than in a message forwarding system, that is transmitting communications point-to-point within a system of cooperating amateur stations.
(8) Bandwidth. The width of a frequency band outside of which the mean power of the transmitted signal is attenuated at least 26 dB below the mean power of the transmitted signal within the band.
(9) Beacon. An amateur station transmitting communications for the purposes of observation of propagation and reception or other related experimental activities.
(10) Broadcasting. Transmissions intended for reception by the general public, either direct or relayed.
(11) Call sign system. The method used to select a call sign for amateur station over-the-air identification purposes. The call sign systems are:

（b）The definitions of technical symbols used in this part are:

(2) EIRP  (equivalent isotropically radiated power). The product of the power supplied to the antenna and the antenna gain in a given direction relative to an isotropic antenna (absolute or isotropic gain).

(9) PEP  (peak envelope power). The average power supplied to the antenna transmission line by a transmitter during one RF cycle at the crest of the modulation envelope taken under normal operating conditions.

(c) The following terms are used in this part to indicate emission types. Refer to § 2.201 of the FCC Rules, Emission, modulation and transmission characteristics, for information on emission type designators.

(1) CW.  International Morse code telegraphy emissions having designators with A, C, H, J or R as the first symbol; 1 as the second symbol; A or B as the third symbol; and emissions J2A and J2B.

(iii) emissions A1C, F1C, F2C, J2C, and J3C having an occupied bandwidth of 500 Hz or less when transmitted on an amateur service frequency below 30 MHz. Only a digital code of a type specifically authorized in this part may be transmitted.

(4) MCW.  Tone-modulated international Morse code telegraphy emissions having designators with A, C, D, F, G, H or R as the first symbol; 2 as the second symbol; A or B as the third symbol.

(7) RTTY.  Narrow-band direct-printing telegraphy emissions having designators with A, C, D, F, G, H, J or R as the first symbol; 1 as the second symbol; B as the third symbol; and emission J2B. Only a digital code of a type specifically authorized in this part may be transmitted.