What does VOX stand for on a walkie talkie 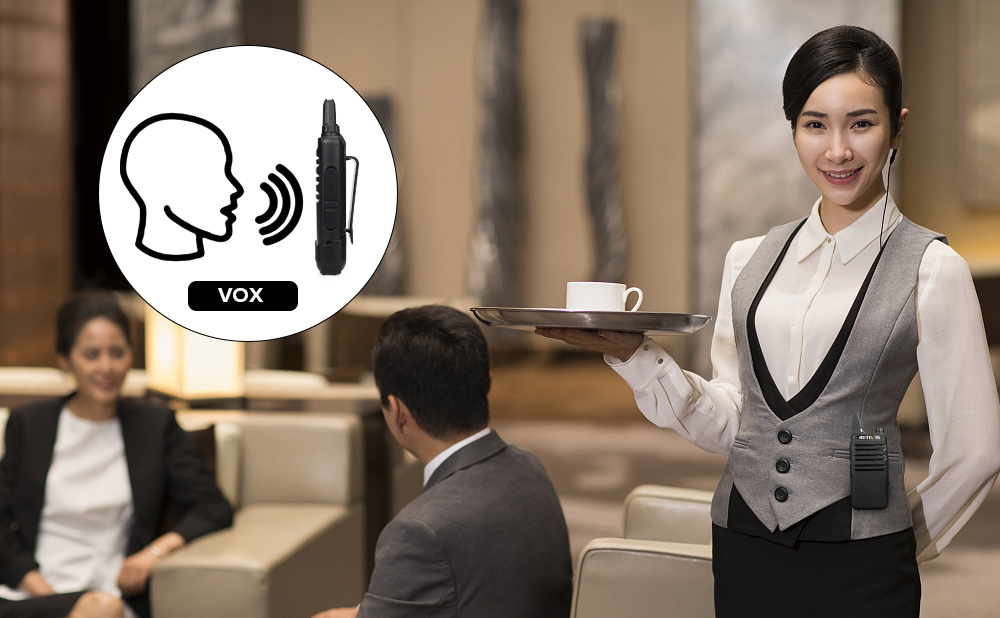 What does VOX stand for on a walkie talkie

When searching online for a suitable walkie talkie, you may have come across some that have VOX capabilities and wondered what VOX stands for.

You will more than likely see this feature listed on many popular radios, especially the retevis, or noticed some radios allow the use of VOX accessories.

Every two-way radio or walkie talkie has the use of a PTT (push to talk) button which allows you to transmit audio to other users. However, certain models have the VOX feature which means they can be used hands free. With the VOX feature switched on, the radio microphone is always listening. This means it will automatically start and end a transmission once it hears your voice.

This feature will take away the burden of pushing the PTT button every time you wish you communicate.

Allow the VOX feature might sound like the perfect solution; it can be a burden for yourself and other users. The VOX feature not only picks up your voice, but also background noise, so if the radios are being used in a noisy environment, the microphone will always be on.

This is specifically why handheld two-way radio manufacturers have included a switch between PTT and VOX, to get the proper setting for the environment, and an adjustment for the VOX sensitivity to assist with the noise activation setting to not pick up ambient sounds when the individual is in a loud setting. It may take a bit of testing to get the adjustment right at first, but once it’s there - set it and forget it.

It is always ideal that, before purchasing or renting two-way radios with VOX function, to verify if the sensitivity of the device is adequate for the intended use

The delay option on is a setting that allows the user to give a small lapse of time to continue recording after it stops hearing your voice, to counteract the regular pauses that occur in conversation. Evidently, the longer the delay, the longer the device will be receptive after it stops hearing sound. It goes without saying that the background noise has an influence on when the dual band mobile radio stops recording to begin the delay.

Even though the radios themselves have VOX, there is also a number of earpieces available that will make hands-free communication much easier. Because the earpiece microphone will be closer to your mouth, it will pick up the sound of your voice better than if your radio was strapped to your belt.

If you are going to be in a noisy environment, this is something we would suggest you use so you do not miss out on any important transmissions. Earpieces often help to cancel out more background noise, which will help the microphone pick up your voice.

Which industries rely on VOX?

When air traffic controllers (ATCs) spend most of their time communicating with remote aircraft, it would be a waste of resources if they were to use PTT devices to communicate with pilots, not to mention an extra step. VOX allows them to speak quickly and efficiently without using the call button.

Many security teams use VOX technology in their communications equipment. For example, in a quieter environment, a more prudent option might be to use a handset paired with a VOX walkie-talkie. This will allow personnel to listen to instructions without loud announcements. It could also allow for more careful monitoring of more delicate situations.

The use of two-way radios is essential when covering the ground in your work. When your hands are busy at work, it is sometimes impossible to reach the walkie-talkie and communicate.

Rock climbers are the perfect example of someone who wishes to use two-way radio communication while engaging in sports. Both hands are usually busy with the sport, so communicating by voice alone is a good option.

If you want to buy the walkie talkie with VOX, you can choose RT22

When this function is activated, you don't need to press the PTT button, you can directly start the transmission operation by voice;
When the sound pressure of the speech reaches the set requirement, it will automatically launch.

There is no need to press the PTT button, the launch operation can be started directly by voice.

HOW to turn on the vox function of RT22?

Turn to channel 7, turn it off, and then press CH+ to turn on or off the voice control.